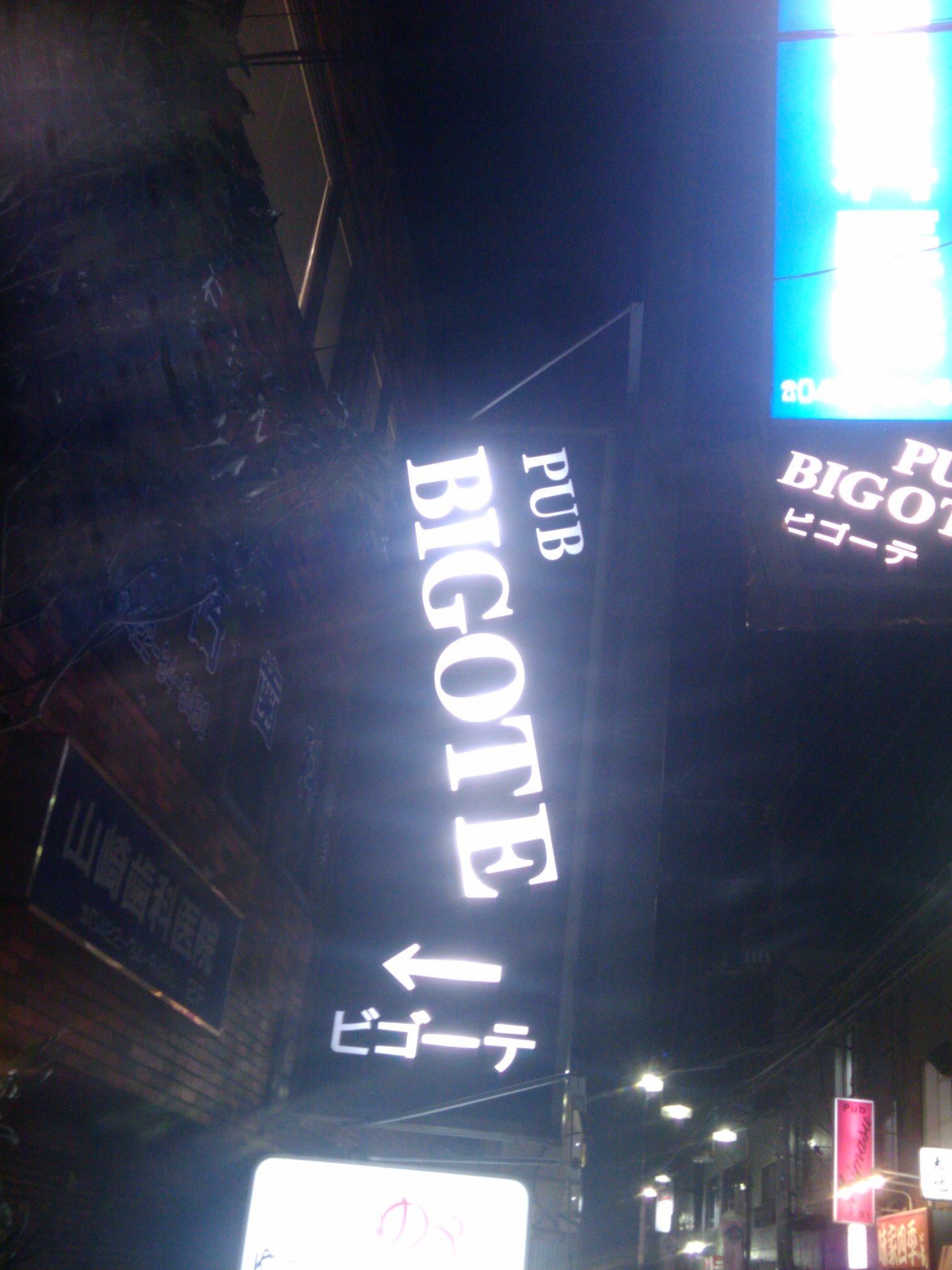 The room was pretty much what I expected of a Japanese hotel room; about the size of a large American closet, with enough room for a small bed, TV, dresser, and bathroom (complete with a toilet that warms your butt and squirts your asshole). Down the hall was one of the fabled vending machines, from which ¥300 could produce a cold BEER! Much less notably (but still pretty cool), vending machines in Japan can provide beverages (mainly tea and coffee) warm as well as cold. 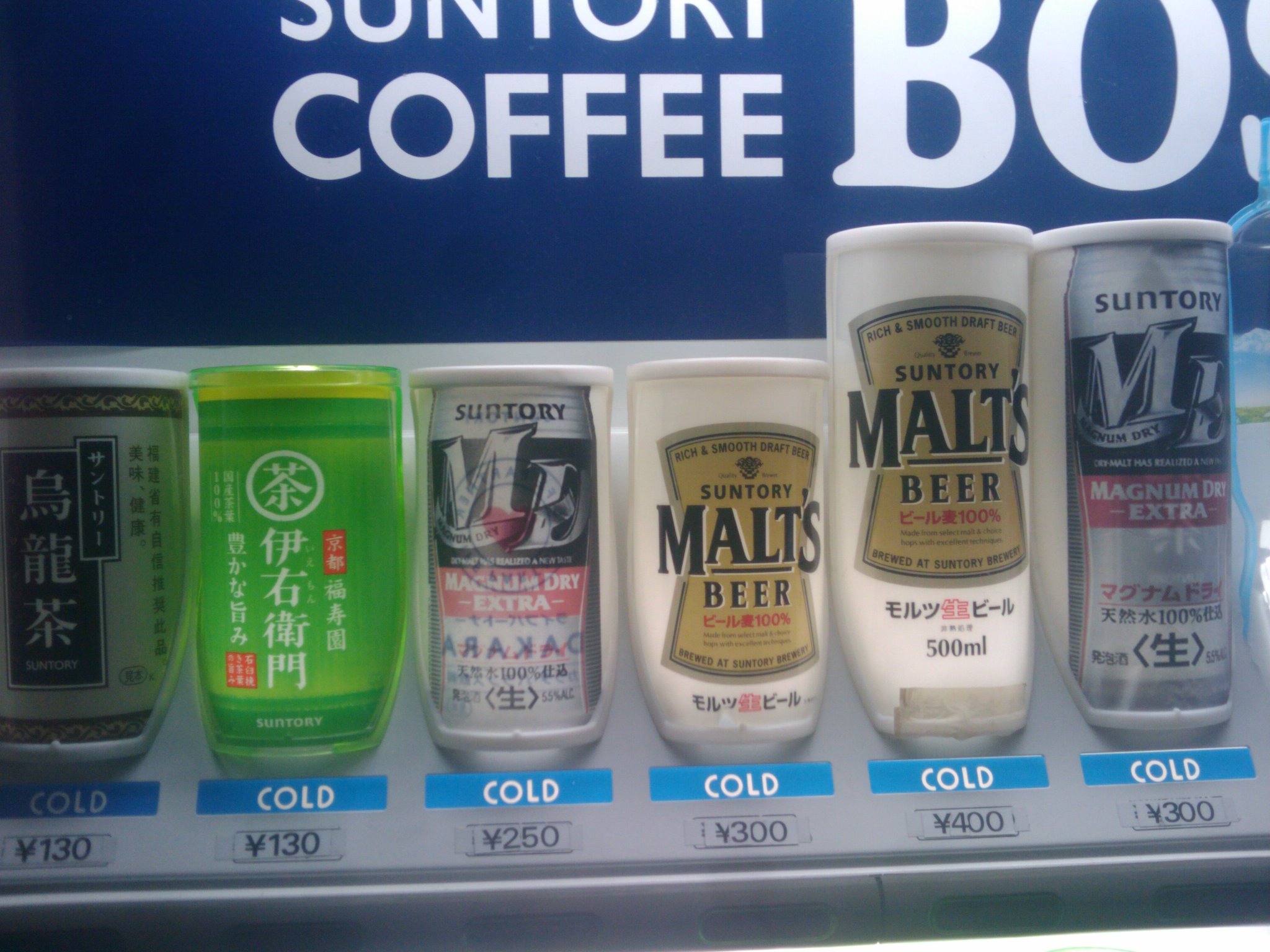 I should also note: sorry that this initial batch of pictures are of such shit quality. I came to Japan under the impression that in Japan there would be unique, new cameras , not [yet] available in the US, and they would be cheap! This is almost entirely wrong. Because Japan has become just as much of a wealthy consumerist nation as we are, camera retailers realized that they could charge just as much , and in some cases more, for cameras in Japan than in the US. The fact that the Yen is now beating the Penny, doesn’t exactly help this. There are still a few models that are only available here, but pretty much everything you can get in the states. If you are going to visit Taiwan it is a different story, but for Japan, bring a camera. Despite this, I am still going to get one (possibly two) eventually, but for now I’m stuck with mediocre camera phone shots.

I only had about a day to roam around Tokyo – during which I walked with some friends from Shinjuku station to Roppongi, stopping for food and bouts of Pachinko along the way. We visited the Tokyo Tocho (aka “Tax Tower”) government building observation deck, which had a view that was pretty damn special. 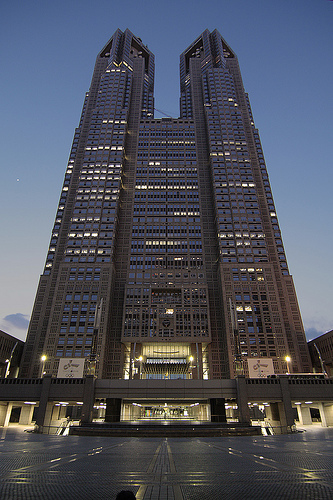 I don’t quite know what to make of Roppongi. Perhaps it is because we were a group of FoB Gajin, or maybe we were just in the wrong spot on a Thursday night.. but anyway, instead of the “active nightlife” we had been promised, we were confronted by a barrage of seedy Nigerian* men attempting to usher us into titty bars. Under different circumstances I probably would have checked out one or two, but if you want to talk about poor choice in advertising medium , I can think of no better example.
*I have no actual way of knowing that these people were Nigerian. As American’s we are taught (mostly through media osmosis) that anything sketchy and African comes from Nigeria. 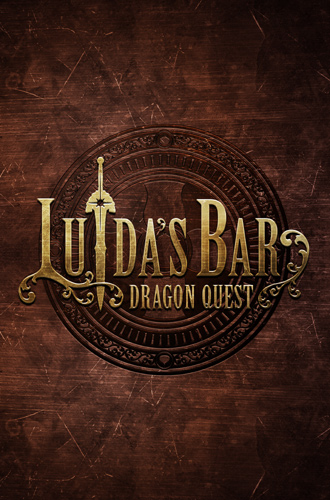 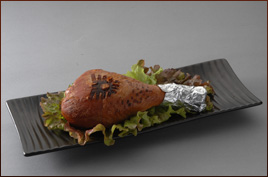 Early the next day we stopped at a big (Target type) department store. Everything was pretty much as I would have expected, except for this: 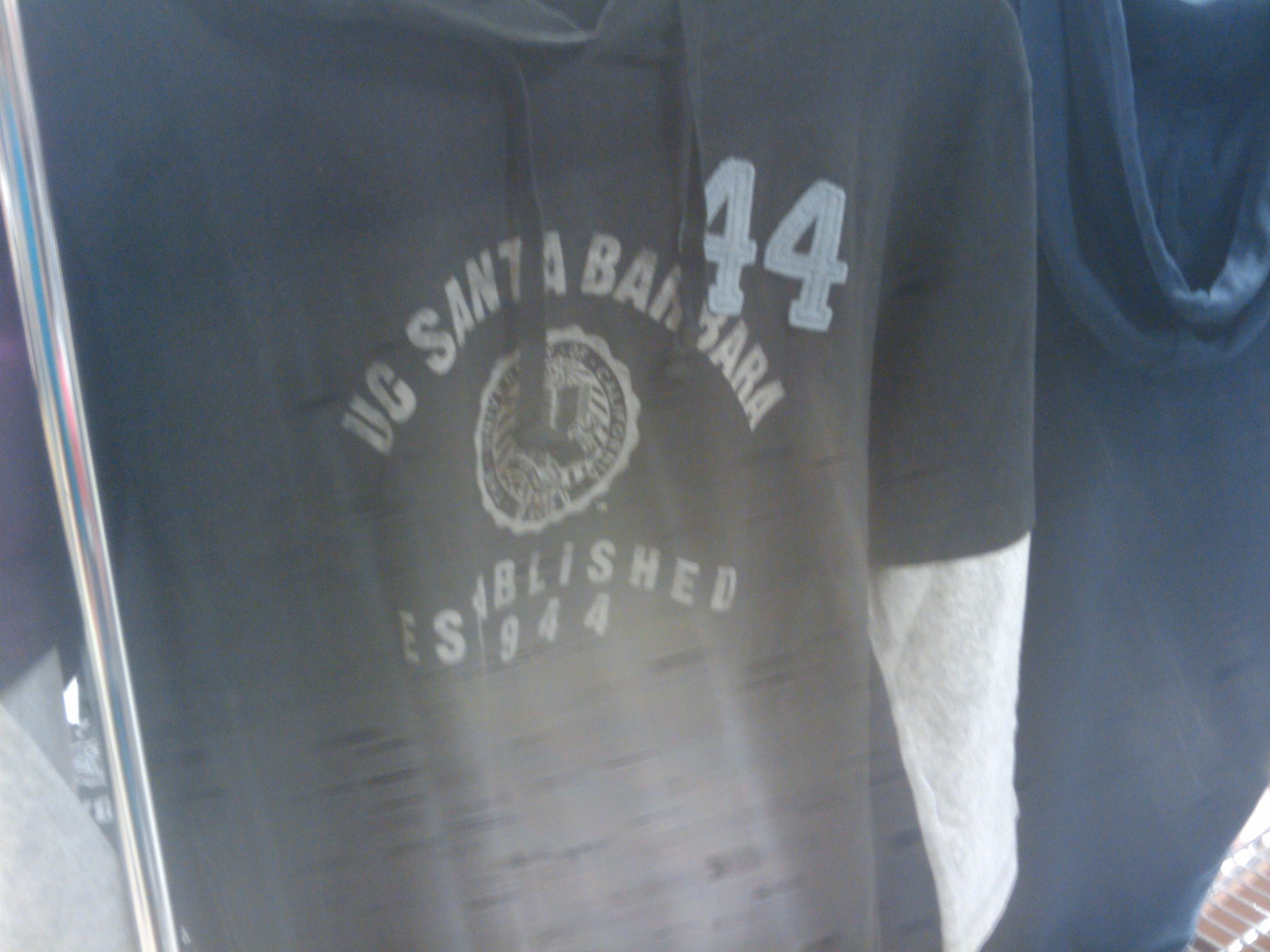 What apparel for my University is doing half way around the world, I don’t know (they also had Cal State Fullerton of all places…) but I have since seen 3 other [Japanese] people wearing UCSB hoodies. I stopped one of them to tell him I was a student there, and I’m not sure he knew that it was a University.. ha! I think it might be somewhat akin to Americans wearing clothing with Japanese/Chinese characters and words because they look cool – not really knowing what they mean. Definitely a tripp.

Later in the afternoon we took the Tokyo-Osaka Bullet train. With a cruising speed of 300kph this train would keep up with (if not outrun) most Liter-bikes! Not to mention it runs so smoothly you can hardly tell you’re moving. 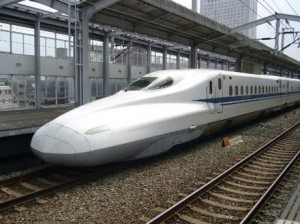 The Umeda district , Osaka City. I can best describe this as a vast spiderweb of an underground and above ground mall, stretching several miles in all directions surrounding (and containing) the main subway station. There were a number of things I found to be pretty amazing in my initial explorations here, I’ll try to be brief and only list a few.
The first of which is the arcades. ARCADES! There are TONS of these scattered about the prime $$$ real estate in Osaka City. With mostly Pachinko, Krane, and Video games, arcades are wildly popular. From hot chicks to suit-and-tie business men, all demographics are represented – not just nerdy teens like in America. As shown below, a good DDR player will draw a crowd on a street corner. He’s not even looking! 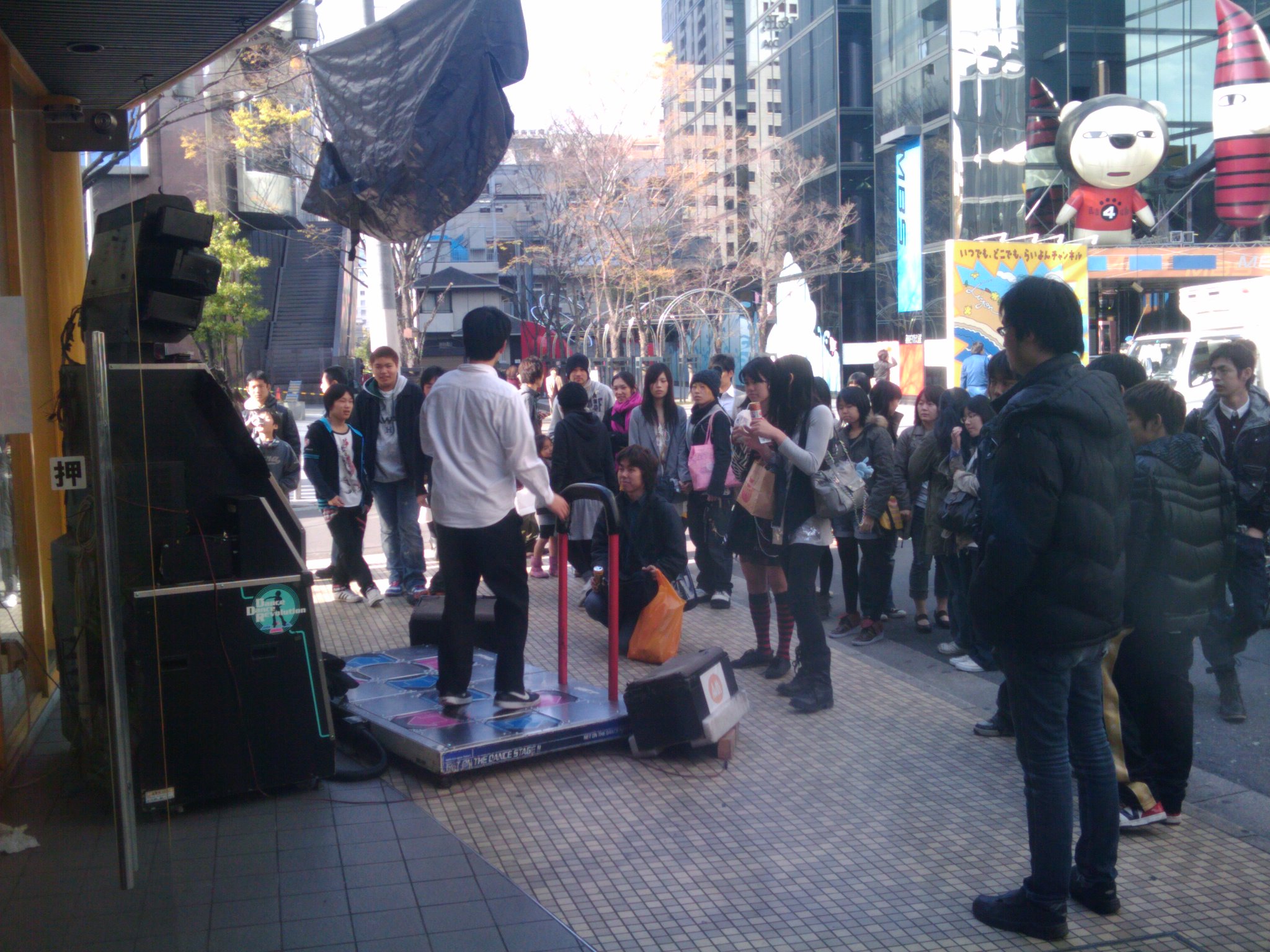 The food. Osaka is known as “Japan’s Kitchen” ; the food so far has been absolutely delicious. This deserves an entire post all unto itself – so I’ll hold off for now.

We stopped by a pet store and saw some very unique animals you would be hard pressed to find in America. Even puppies are very expensive here, although they (as was observed) still like to eat their own shit. Some pictures of the animals are posted below: 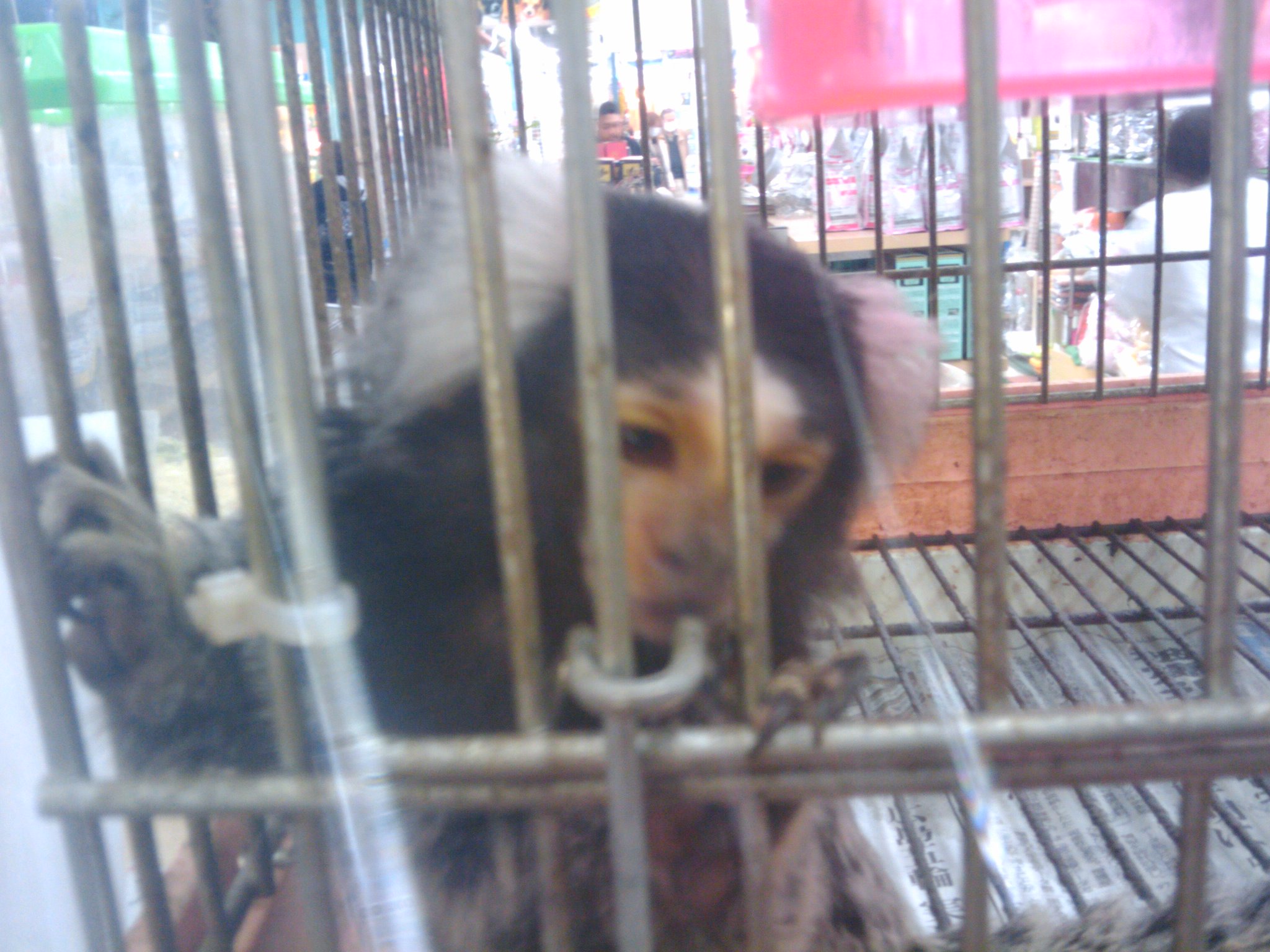 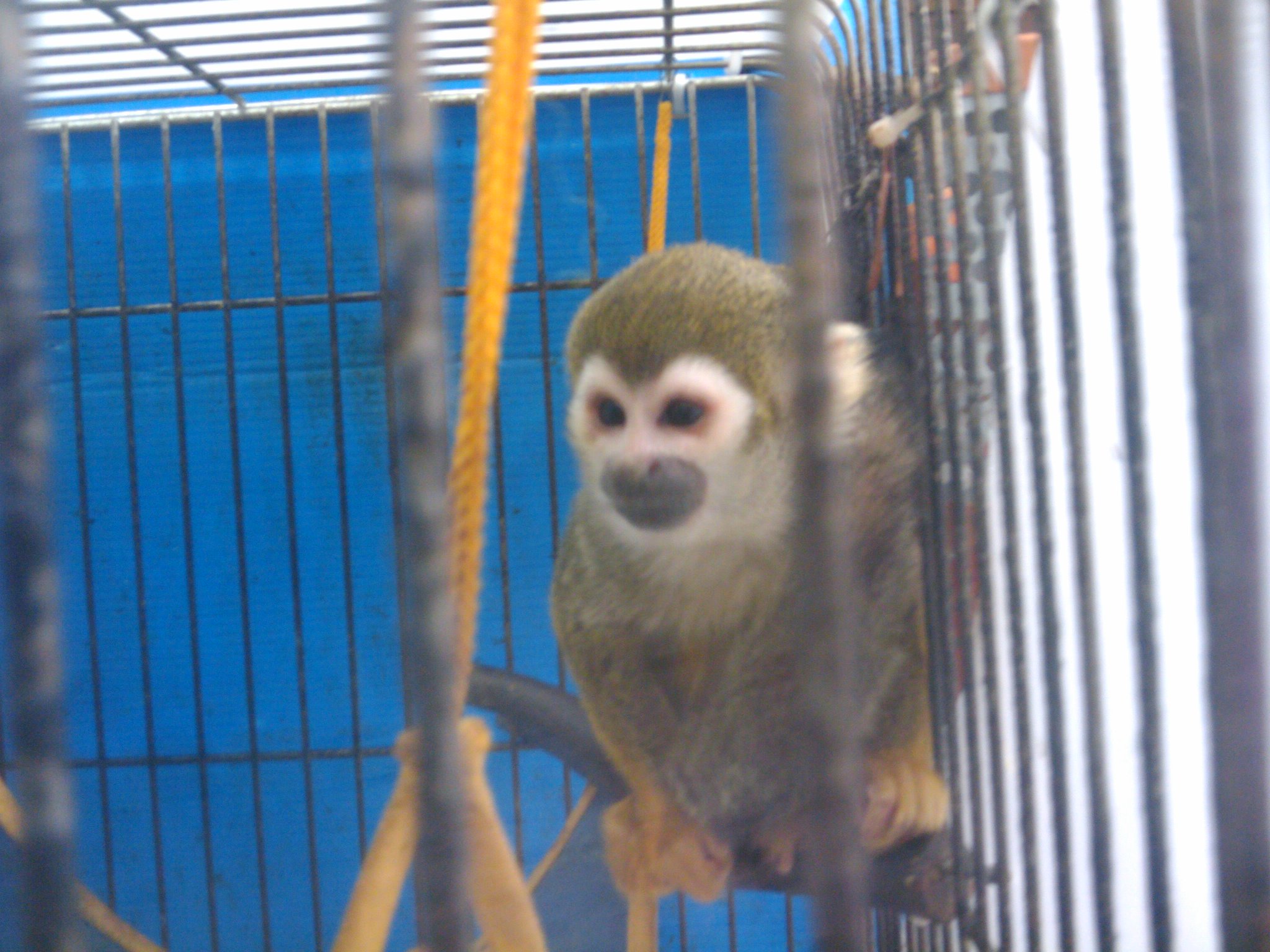 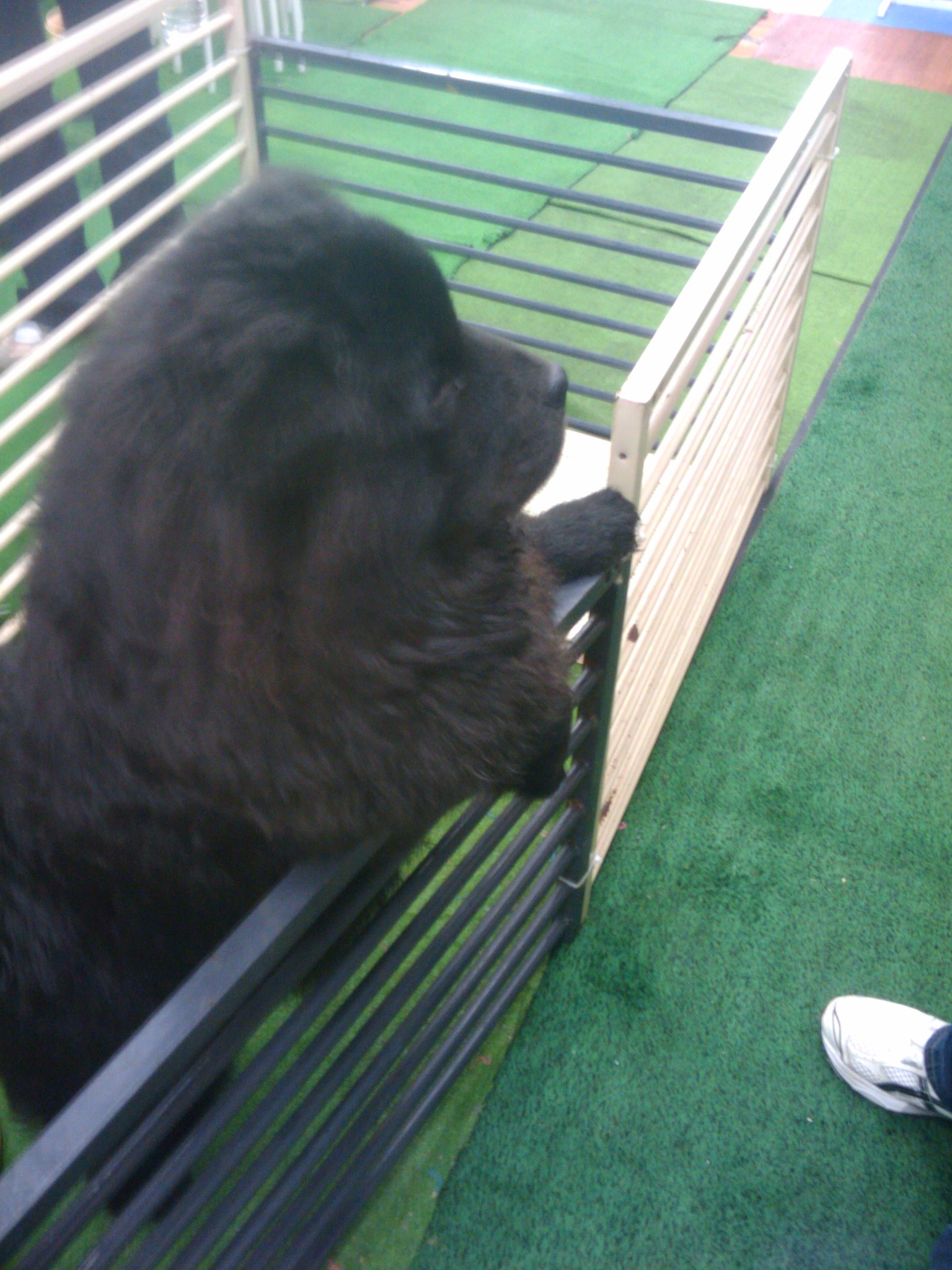 We happened to arrive just as the Sakura (cherry) Trees were blooming. This is a big deal over here, for which the celebration is called Hanami, and involves sitting under the Sakura tree and drinking Sake. We joined [literally] thousands of other people celebrating this in an Ibaraki park on Sunday =) 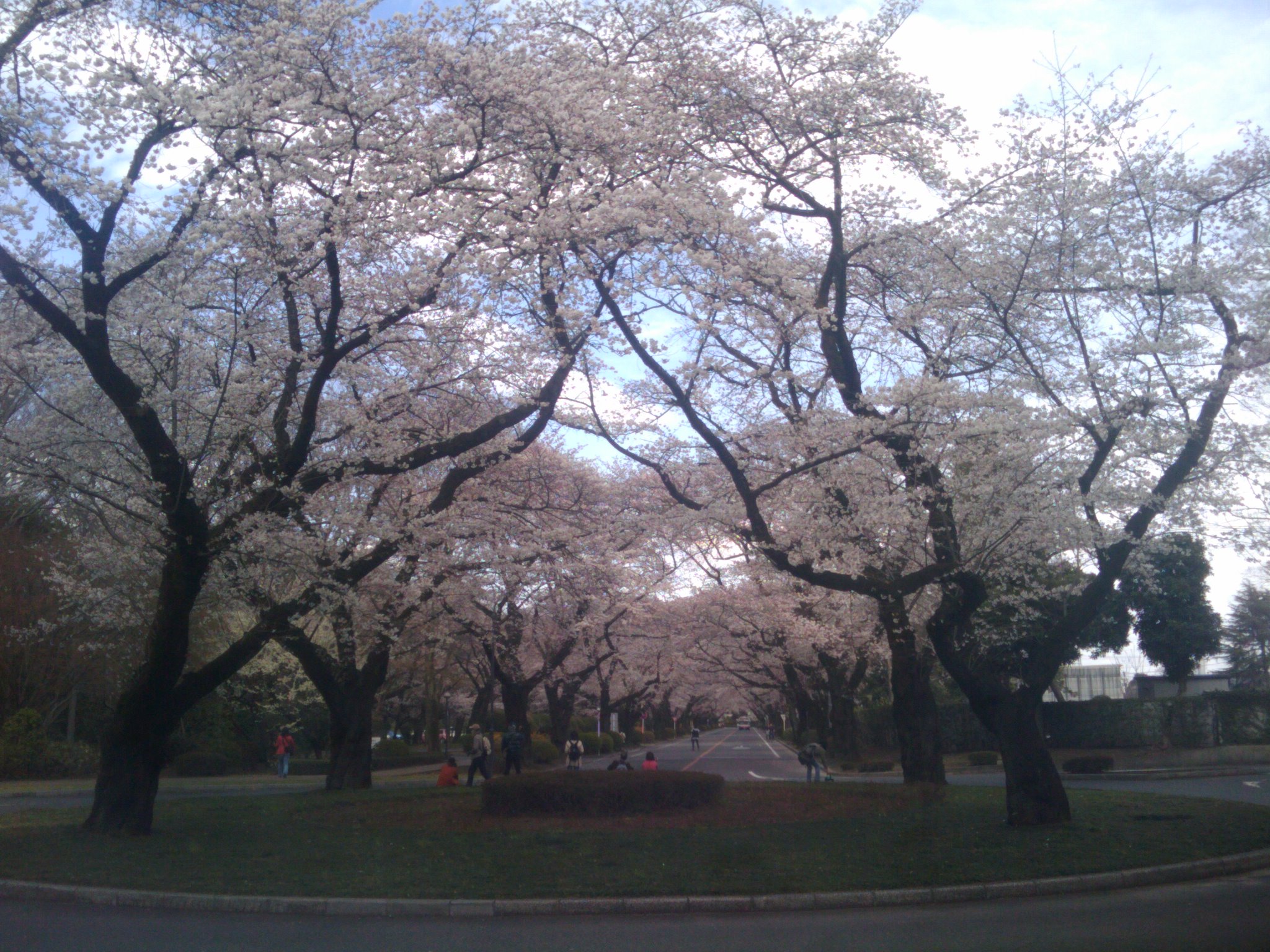 I meet with my Research Supervisor tomorrow, and still have some reading I would like to do, so I’ll cut it off here for now. I’ll do my best to keep this site updated with info on Japan and what I am working with in lab, so stay posted!