A San Francisco Cocktail party where the drinks are mixed by robots?!? There were 10 days remaining before the event, just enough time to build one, i thought…
Late that night I sent out a frantic email to the ever so special cross section of my drinking and geeking buddies, asking who wanted to partake in the build. At t-184hours the dreamteam had been assembled; we held our first meeting and [mostly] converged on a design: 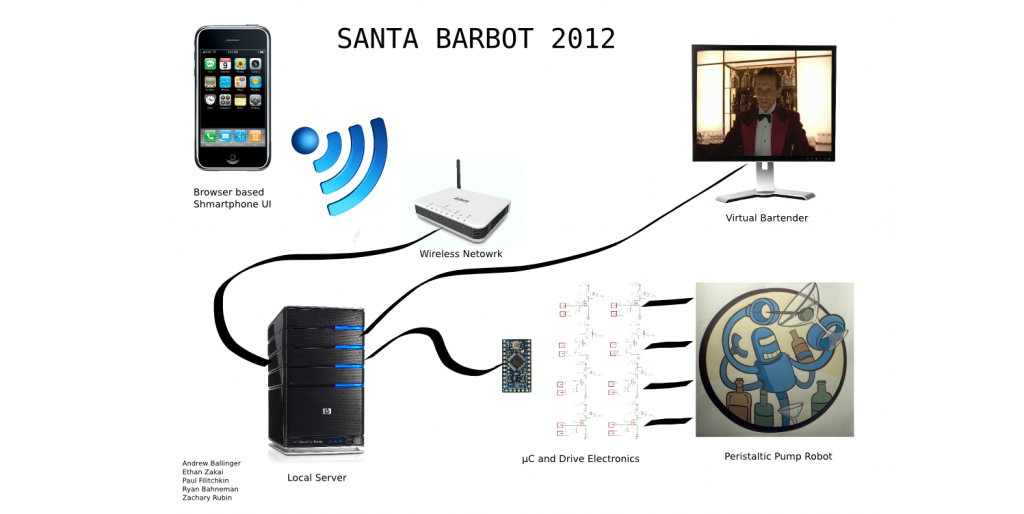 Friday parts were purchased, and Sat/Sun we took over another good friend’s [well equipped] garage for the build party.
Most of us also have regular (or semi regular) jobs to balance with this, so in the following week we had quite a few very late nights of coding, fabricating, mounting, testing and drinking! (had to test all the recipes of course)

At t-6hours we had it pretty much all together though there was still some coding to be done on the ride up to SF, and some of us were still recovering from rigorous testing the night before. We didn’t get to Parisoma until around 7, and did not have our robot entirely setup until after 8 when the venue had already become good and crowded. On the ride up a few pieces became bent/broken and had to be fudged back into place. Runs ended up making a royal mess and nailed our first customers with a dose of lime juice to the crotch.. counter to our engineering intuition, the ‘danger’ factor associated with our robot helped to make it all the more a crowd pleaser. 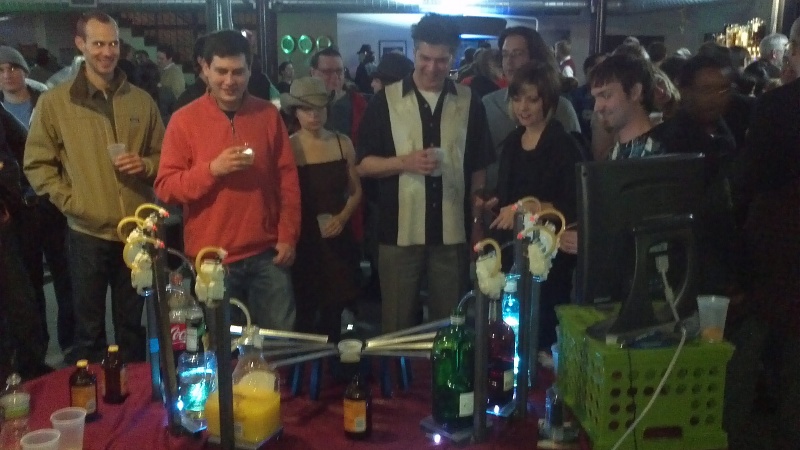 Overall the event was one hell of a good time, and I’d do it again in a heartbeat. There were 14 robotenders in service and enough of a turnout to piss off a firemarshall. We got a bit of a kickback to help cover transportation, but the majority of the proceeds go to student involvement in robotics and the robogames’ main events. We were also encouraged to sign up for Roboexotica, an event that is supposedly bigger, badder, and Austrian. I will certainly be looking into this 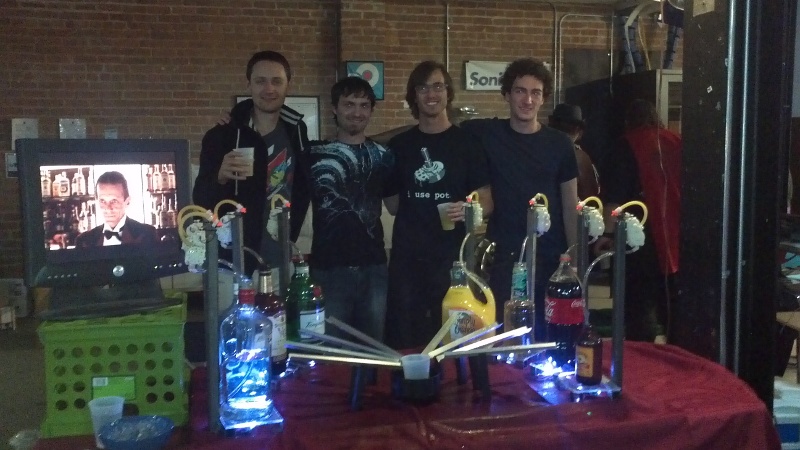 Shown above are the core team members (minus 1) and our Santa Barbot. I’ve gotta say, I really regard myself as fortunate to have such a slick bunch of engineers as friends. I think the fact that in ~1 week we went from idea to f****** awesome robot that takes a voice command (Siri) to make a Pan Galactic Gargle Blaster, speaks for itself. Cheers friends, I think we’d have done Douglas Adams proud. 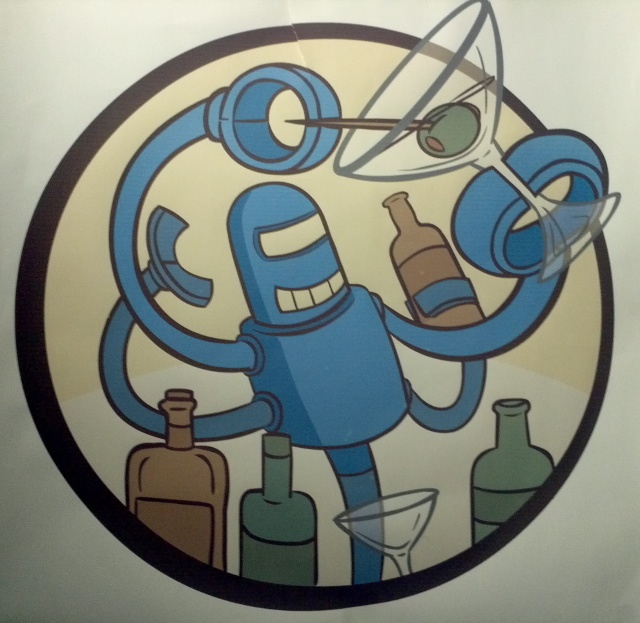 Also seen on the Make Blog!